The Manx Missile has been using SiS’ range of endurance nutrition products for many years, including when riding as a Junior and Under 23 rider.

More recently, SiS has developed a range of custom products following detailed input from Cavendish. Developed and formulated at SiS’ Innovation Centre in Lancashire, products such as SiS GO Isotonic gels, SiS GO Electrolyte and SiS REGO Rapid Recovery have been shipped out for Cavendish at the world’s toughest races.

In his role as Elite Sports Consultant, Cavendish will work with SiS scientists and academics to provide nutritional insight and hands on experience from his time in the peloton as the fastest man on two wheels.

“I’ve been working with SiS informally for many years now, so I’m delighted to be joining the team officially as an Elite Consultant,” said Mark Cavendish. “SiS is a brand of performance nutrition products that I aim to assist in developing further for all professional and amateur athletes. I believe my insight and attention to detail as a pro racer will only strengthen this incredible brand. I’m super excited about it.”

As part of the three-year consultancy, starting January 2014, Cavendish has also invested in the business. He will become a shareholder of Science in Sport plc and be integral in product development decisions.

Will Beijing 2008 Still be the Greenest Games Ever? 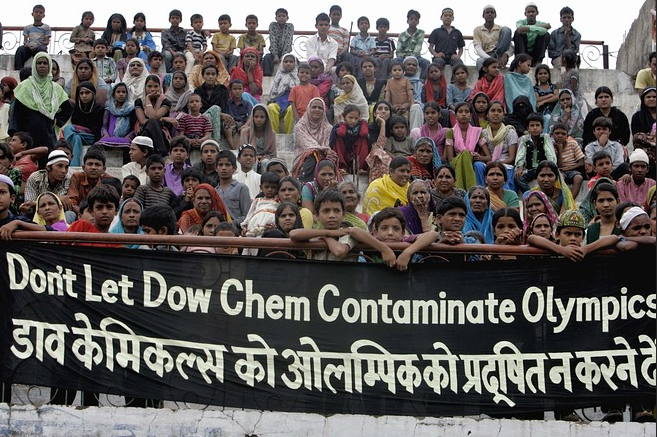 When London won the Olympic bid, it was claimed that these would be the ‘greenest Olympics ever’. While there have been some important green strides, some of which undoubtedly can be used to inform future major sporting events, it’s been disappointing that so many of the initial green pledges have since been dropped.

Reports out suggest that the organisers claim that it will be the greenest games ever is being put to shame by the fact that the 2008 Beijing games might have had a lower carbon footprint that the London games will have. It is that estimated 3.4 million tons of carbon will be released into our atmosphere as a result of London 2012, whereas, according to this report, Beijing released some 1.1 million tons.

This is interesting as on its own report, London 2012 has claimed its figure will only be 1.9 million. To put these numbers into perspective, the UK’s average yearly carbon emissions is 0.5 million tons. Thought it’s worth pointing out that the lifespan of the Olympics carbon footprint is roughly 7 years.

Health experts have also warned that athletes might suffer from the high amount of air pollution in the capital, which raises another worry of health and safety. As the London games is set to be the most visited Olympics, that is a risk that should be taken seriously.

A British cyclist recently won the Tour de France; the first Brit ever to have achieved one the biggest honours in cycling. This could have been the kickstart for the cycling revolution that the UK so desperately needs, but instead the government and the Olympic organisers seem to be doing everything they can to discourage cycling.

The UK still has one of the worst cycling infrastructures in Europe. It will be even worse during the Olympics as several cycle paths have been sacrificed to make way for Olympic VIP lanes; should a cyclist make a way into such a lane, they could face a fine of £160. Add to that the sad fact that several of the Barclays Bike hire docking stations (Boris Bikes) will be taken out of operation as some of them are placed close to the VIP lanes.

It seems that the Olympics core spirit which is to encourage everyone to do more sports is being sacrificed for corporate interests.

Then there is the issue of the Olympic sponsors. How insulting it must be for those people who suffered (and might still be suffering) due to the Gulf of Mexico oil spill, to see BP announced as ‘sustainability’ sponsors.

Let us be honest here, if you chose to have sponsors like BP, who have wrecked the lives for so many people, at least be transparent about it.

There is absolutely nothing sustainable about BP. Even their solar arm has now been closed and they’re not making any strides forward in clean energy technologies. Additionally, the biofuel which they champion to market their sustainability can be highly unsustainable depending on where it comes from.

It would be very interesting to know on what basis they and the Olympic organisers can justify having them as a ‘sustainability sponsor’.

It is equally insensitive to have Dow Chemicals as main sponsors; 2001 Dow bought Union Carbide Corporation, responsible for the Bophal disaster which people still suffer from today and they rightly feel very angry about this. Neither company then or now accepts any responsibility for the disaster.

The conclusion that can be drawn is that there is no doubt who the baddies are; the Olympic Organisers and the Olympic Committee, not the athletes.

Though you could wish that the athletes would use their influence and profile to speak out about these issues and then go and compete for their respective countries.

There is no doubt that some green strides have been taken and these should be commended, but we are once again seeing that when the going gets tough (don’t forget large part of the Olympic village has been constructed during a recession), the first thing to be sacrificed is the environment. That is something we can’t afford in today’s climate.