About Jody:
Jody was born with a deformed right foot which was amputated at the age of 3. He was then fitted with an artificial leg, and hasn’t looked back since. At the age of 5 he had his first swimming lesson with his school and ended up being rescued from the bottom of the pool by a fully clothed parent! After that his parents enrolled him into the local swimming club where he learnt to swim. At the age of 10 he raced for the first time for Kings Lynn swimming club, and his international debut came in 1994, representing Great Britain at the world swimming champs. He took 4 seconds off his best time to surprise everyone and take the gold medal in the 100m Butterfly, this would be the first of 23 (14gold, 4 silver and 5 bronze) international medals he would win in a swimming career spanning 10 years.

In 2005 Jody’s career path would change after a ride on the boards of the Newport Velodrome. His potential was spotted by one of the coaches there on that open day. After another ride on the track in Manchester he entered the 2005 national championships and in his first ride broke the British record for the flying 200. Still swimming on the GB team Jody got in contact with the Newport Velo squad who trained at the velodrome. His times caught the attention of the GB coaches, and he was invited to a time trial for a place on the 2006 Paralympic world cup team. This was a success and he was offered a place to ride in the team sprint alongside Darren Kenny and Mark Bristow, and they went on to set a new WR. After that race he hung up his trunks and goggles for the last time and made the transition to the British Cycling team. In the summer of 2006 he won his first individual gold medal at the World Track Championships in Aigle Switzerland, breaking the WR in the process.From that victory he has gone onto become the fastest solo Paralympian on a bike and won multiple medals on the world stage and became one of only a handful of athletes that have become Paralympic champion in two different sports. In 2009 he was made an MBE in the New Years Honours list for his services to disability sport.

In a bid to score important qualification points for London, Jody’s training emphasis shifted to a more endurance base in 2011 as he targeted the 4km Pursuit in addition to his sprint events. In March he made a startling international debut in the 4km pursuit to take a silver medal in the World Championships, Jody also went on to retain his kilo and team sprint titles, both in WR times, and at the same time taking his 10th World title.

When Jody is not competing or training, he likes spending time with his friends and family, perfecting his golf swing at the driving range and catching up with the latest news from Moto GP. He’s a big fan of the Ricky Gervais show and Derren Brown, and also likes to keep up to date with the latest cinema releases. In 2011, he set up his own cycling team, the Para-T Paracycling Team, which is made up entirely of elite para cycling athletes to help promote disability sport.


Click here to view all of Jody Cundy’s posts on Cycling Shorts. 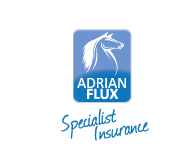